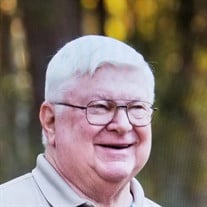 Alan P. Knudson, 79, passed away peacefully on Friday, April 3, 2020. Alan was born on November 14, 1940, in Norfolk, Virginia. He graduated from Norfolk Catholic High School in 1958. He then moved to Tallahassee, Florida and settled there. He began a career with what was then known as The Florida Sheriff’s Bureau, now known as The Florida Department of Law Enforcement, as a Special Agent. Alan moved up through the ranks over the years working in various positions including Bureau Chief of the Uniform Crime Reporting Division. He was devoted to his family, providing for and supporting them. Often times, Alan worked a second job at night to help make ends meet. Alan also found time to better himself by getting his B.S. degree from Florida State University in 1973, followed by his M.S. degree in 1979, all while still working full time and his second job. Alan retired after 42 years with The Florida Department of Law Enforcement. Alan was a diehard Florida State fan and often went to the home FSU games…football, basketball, and baseball. If he wasn’t at the game, he would invite his family and friends over to grill out and watch the games on TV. Alan was preceded in death by his father, Harold M. Knudson; his mother, Mary E. Knudson; his sister, Rosemary E. Knudson; and his first wife, Patricia M. Knudson. After his first wife’s life was cut short by cancer, Alan remarried Faye Daniels in 2000. Alan and Faye enjoyed the past 20 years together. They enjoyed taking cruise vacations and having family and friends over for cookouts. Alan is survived by his second wife, Faye Knudson; his daughter, Tammy Brown; his son, Michael Knudson (Karen), all of Tallahassee; one grandson, Ken Rigg (Laurel) of Tallahassee; three granddaughters, Brandy Powers (Kodie) of Shenandoah, Iowa, Makenzie and Miranda Knudson of Tallahassee; and one great-granddaughter. In lieu of flowers, memorial contributions can be made to Second Harvest of the Big Bend to help the hungry during these difficult times, or to your favorite local charity. Online condolences may be expressed at www.abbeyfh.com.

Alan P. Knudson, 79, passed away peacefully on Friday, April 3, 2020. Alan was born on November 14, 1940, in Norfolk, Virginia. He graduated from Norfolk Catholic High School in 1958. He then moved to Tallahassee, Florida and settled there. He... View Obituary & Service Information

The family of Mr. Alan Paul Knudson created this Life Tributes page to make it easy to share your memories.

Send flowers to the Knudson family.