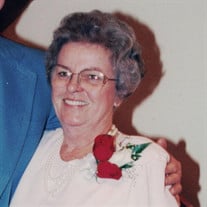 Charon Ann Bertelsen Winans, 81, of Tallahassee, passed away on Wednesday, March 3, 2021, at Tallahassee Memorial HealthCare. A daughter of the late Aage F. Bertelsen, who emigrated from Denmark, and the late Linda G. Bresser Bertelsen, who emigrated from England, she was born in Lawrence, Michigan on July 6, 1939. She is also preceded in death by her brother, Bruce Bertelsen; and sister, Brenda Branyan. She learned her work ethic starting at the age of five while she grew up picking berries on a farm in Michigan. After high school she owned and operated “The Teddy Bear” restaurant near Western Michigan University for several years where she met her husband. They made their way from Michigan to Florida where she worked at the Brown Derby for more than 18 years. A very creative worker, she learned from her father, who was a journeyman fine furniture maker in Denmark, earning several awards and honors during his career. She was also a talented artist and craftsman which was perfected while she began and ran her own arts and craft business, Wooden Choice, for over 25 years. This entrepreneurial adventure was purveyed to most of the states east of Mississippi. Survivors include her husband of almost 60 years, Jan L. Winans; son, Sean M. Winans (wife, Beth); daughter, Kanani K. Johnson (husband, Kent); grandchildren, Michael, David, Zoe, Mia, Joel and Ryan; and a sister, Barbara Forbes. The family will have a gathering at a later date. In lieu of flowers, memorial donations may be made to Toys for Tots or Red Hills Church of Tallahassee. Online condolences may be expressed at www.abbeyfh.com.

Charon Ann Bertelsen Winans, 81, of Tallahassee, passed away on Wednesday, March 3, 2021, at Tallahassee Memorial HealthCare. A daughter of the late Aage F. Bertelsen, who emigrated from Denmark, and the late Linda G. Bresser Bertelsen, who... View Obituary & Service Information

The family of Mrs. Charon Ann Winans created this Life Tributes page to make it easy to share your memories.

Send flowers to the Winans family.