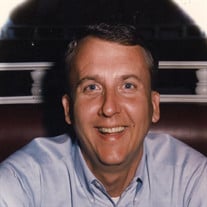 Dallas Augustus Lambert, Jr. passed away on Good Friday, April 19, 2019. He was born in Tallahassee, Florida on April 7, 1947, the only child of Dallas A. Lambert, Sr. and Edna Gresham Lambert. He attended Sealey Elementary, Raa Jr. High, and graduated Leon High School. He received a BS degree from FSU, and was a diehard Seminole fan. He entered the US Army Reserves in 1970 and advanced to the rank of SGT and was selected as Trooper of the Year. Dallas was married to his high school sweetheart, Sherry Kaye Riles for over 49 years. Dallas was a certified general contractor and the founder of DAL Builders, Inc. in the early 1970's. During his long contracting career, he was instrumental in the development and construction of many subdivisions, as well as commercial buildings. Projects included many industrial buildings, shopping centers, assisted living facilities and nursing homes not only in Tallahassee and Florida, but also projects in Georgia, Alabama and South Carolina. Several of his more recognized local projects include the Florida Lottery building, Walgreens on North Monroe, and Woodmont Nursing facility. Following his father's path, Dallas also owned and managed many rental properties in the Tallahassee area. He was also past President of the Tallahassee Builders Association. Family traditions he has since passed to his son Shane. His greatest joy in life was his family, especially his sons; Shea Riles Lambert (Aubrey) of Simpsonville, KY and Shane Young Lambert (Lane) of Tallahassee. Dallas found great pleasure in watching both his boys play football for NFC. His grandchildren Dallas III, Kyleigh, Parker, Molly, Asher, and Declan were his pride and joy. Had Dallas been well these past few months, he would have already told the world he has another granddaughter to be named Brynn, on the way. He enjoyed working with cows since they were a major part of his life since he was 10 years old. When he was in his teens, his dates with Sherry Kaye consisted of feeding cows. She would drive the truck and he would throw out the hay. Dallas treasured his lifelong friendships. He was a good listener in troubled times, and could be counted on to stand with them in tough times. He was an avid reader and loved history. Dallas was a member of Northwoods Baptist Church. The most important thing to know about Dallas is that he loved the Lord and he would want you to celebrate his homecoming. He is preceded in death by his parents Dallas and Edna, his brother Broward Lambert, and his sister Elizabeth Kuykendall. The family will receive friends from 1:30 until 2:30 PM, Thursday, April 25, 2019, at Northwoods Baptist Church, with the funeral beginning at 2:30 PM. Interment will follow at Tallahassee Memory Gardens. In lieu of flowers, memorial donations may be made to the Alzheimer’s Project or to Northwoods Baptist Church. Online condolences may be expressed at www.abbeyfh.com.

Dallas Augustus Lambert, Jr. passed away on Good Friday, April 19, 2019. He was born in Tallahassee, Florida on April 7, 1947, the only child of Dallas A. Lambert, Sr. and Edna Gresham Lambert. He attended Sealey Elementary, Raa Jr. High, and... View Obituary & Service Information

The family of Mr. Dallas Augustus Lambert Jr. created this Life Tributes page to make it easy to share your memories.

Send flowers to the Lambert family.