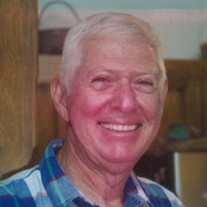 Daniel McArthur Cooksey, 76, of Tallahassee, passed away on Monday, July, 23, 2018, in Gainesville, Florida. A son of the late Benjamin Joel Cooksey and Edith Collins Griffith, who survives, he was born in Tallahassee on February 26, 1942. He is also preceded in death by his stepmother, Etta Maude Boykin Cooksey; stepfather, Paul Griffith and brother, Jack Griffith. He graduated from Holmes County High School in 1960 and later attended Tallahassee Community College and FSU. While attending TCC, he worked with his uncle, CA Cooksey at Culpepper Construction Company, at the FSU sign shop and also with his father. He served in the US Army and the Florida National Guard in Bonifay. Later he served as a Trooper with the Florida Highway Patrol and retired from the Florida Department of Law Enforcement. Active in Woodmen of the World, he helped with building projects in various communities during his retirement. He loved participating in the Woodmen’s Hunter Firearms Safety Courses in Liberty County, particularly working with the youth. Fishing, woodworking and hunting (however, he mainly shot with the camera) were hobbies he truly enjoyed. He also loved spending time with his family, hunting buddies, friends, and particularly with his grandson, Lukas, who was the light of his life, having left a special tree house in the back yard for him. In addition to his mother, he is survived by his wife of 54 years, Charlotte Joyner Cooksey; daughter, Angel Cooksey Cholevik (Todd); grandson, Lukas Alan Cholevik; siblings, Floyd Griffith (Roberta), Georgia Ann Griffith Sharpe (Richard), Daisy Margaret Griffith Hayes, Donald M. Cooksey, Deborah Cooksey Brumbley (Dennis), Linda Cooksey Coleman and Janet Cooksey Johnson (Billy); sister-in-law, Julie Griffith; as well as numerous nieces, nephews, cousins and friends. Visitation is from 9:00 until 11:00 AM, Friday, July 27, 2018, at Abbey Funeral Home, with graveside services following at 11:00 AM, at Tallahassee Memory Gardens. In lieu of flowers, memorial donations may be made to the Burn Unit at Shands at UF, 1600 SW Archer Road, Gainesville, Florida 32610 or a charity of your choice. Online condolences may be expressed at www.abbeyfh.com.

Daniel McArthur Cooksey, 76, of Tallahassee, passed away on Monday, July, 23, 2018, in Gainesville, Florida. A son of the late Benjamin Joel Cooksey and Edith Collins Griffith, who survives, he was born in Tallahassee on February 26, 1942.... View Obituary & Service Information

The family of Mr. Daniel M Cooksey created this Life Tributes page to make it easy to share your memories.

Daniel McArthur Cooksey, 76, of Tallahassee, passed away on Monday,...

Send flowers to the Cooksey family.