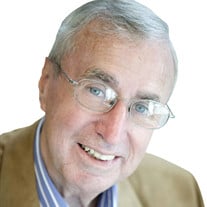 Donald "Don" George Ficke, 84 of Tallahassee, Florida passed away suddenly on Wednesday, February 27, 2019 at Tallahassee Memorial Hospital. Born in Roselle, New Jersey on May 18, 1934, Don was the son of Edmond F. Ficke, Sr. and Ann Forest Ficke, who predeceased him. He was also predeceased by his brother, Edmond F. Ficke, Jr. and sister, Betty Waterson. His only surviving sibling is Robin Scocca, of Edison, New Jersey. Don attended public schools in Clark, New Jersey, and upon graduation from high school in Springfield, New Jersey in 1953, as a college student, he dropped out of ROTC and was immediately drafted for the Korean Conflict. He joined the U.S. Army as a military policeman and served in the Korean War. Upon his return to the United States, Don joined the Clark, New Jersey Police Department as a patrolman, becoming a detective, Sergeant and Lieutenant before retiring in 1972. Upon his retirement, Don and his family moved to Keene, New Hampshire where he served as Chief of Police and then moved to Winter Garden, Florida where he also served as Chief of Police. Don returned to college late in life earning both his bachelor’s and master’s degree in Criminal Justice from Rollins College in Winter Park, Florida. In 1979, Don and his family moved to Tallahassee, Florida where he opened insty-prints, a franchise printing company, which he operated until he sold the business in 1991. Don became a state employee working for the Division of Children and Families as a case worker, and then for the Agency for Health Care as the Chief Investigator for that agency’s Inspector General before finally retiring from the State in 2004. Never able to really relax, Don put his real estate license, which he had obtained many years previous, to work and set about selling homes to residents of Leon and Wakulla County. Upon his final retirement in the past year, Don delighted in giving everyone he met one of his new business cards, offering them a position with his new company named “Perfecting the Art of Doing Nothing” and listing his job description as taking coffee breaks, walking the dog, watching grass grow, taking naps, and going to lunch. Don is survived by his wife, Rita Johnson of Tallahassee, his daughters, Jan Reid of Tallahassee and Jill (Simon) Cornelius of Allen, Texas, and his three granddaughters, Gabrielle Reid and Ashleigh Reid of Tallahassee and Sarah (Tripp) Lindholm of Allen, Texas, who knew him as “Georgie.” In addition, his four-legged children, Joey and Emma, will miss him greatly. A visitation for family and friends is from 5:30 until 7:00 PM, Monday, March 4, 2019, at Abbey Funeral Home. Online condolences may be expressed at www.abbeyfh.com.

The family of Mr. Donald "Don" George Ficke created this Life Tributes page to make it easy to share your memories.

Send flowers to the Ficke family.