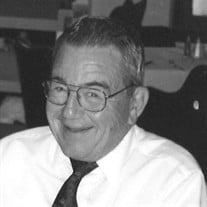 Steadiness. Dedication. Commitment. Fairness. Admirable. Purposeful. Insightful (with a twist, with a smile). Mentor. Resourceful. Authentic. Reliable. Responsibility. Impactful. The above are words that describe the character and integrity of John Ronald McCardle. “Ronnie,” as he was known by family and friends, was born in West Grove, Pennsylvania, on August 4, 1942, to the late John Jacob McCardle and Dorothy Gheen McCardle. He was trained in technology and became an impassioned student of animals. He initiated his career in specialized electronics and US Government defense contracts and served as a volunteer fireman. He then became a Fire/Arson Investigator in the local field office. Subsequently he was repositioned into Fire Science, Special Operations and became an Explosives Expert with the Florida Bureau of Fire, Arson and Explosives Investigations, where he later retired as Chief. A passionate career man, he was a patriotic American, who loved his State of Florida. He was a Godly man and dedicated family man. He was the devoted husband to his wife, Mae Lynn; loving father to his children, Ken McCardle (wife, Anne Gilley), Kim Carpenter (loving companion, Mike Bertzel), Karen Lynn Gardner (husband, Doug) and Tod Madderra (wife, Lynn); and doting grandfather to Sean Madderra, Lane Madderra and Lauren Gardner Steele (husband, Matt). A graveside service is 10:30 AM, Friday, January 14, 2022, at Tallahassee Memory Gardens, Garden of Peace. Online condolences may be expressed to the family at www.abbeyfh.com.

Steadiness. Dedication. Commitment. Fairness. Admirable. Purposeful. Insightful (with a twist, with a smile). Mentor. Resourceful. Authentic. Reliable. Responsibility. Impactful. The above are words that describe the character and integrity... View Obituary & Service Information

The family of Mr. John Ronald "Ron" McCardle created this Life Tributes page to make it easy to share your memories.

Send flowers to the McCardle family.