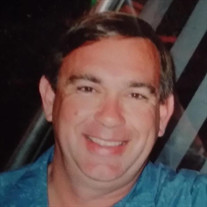 Leonard “Wayne” Keele, 62, passed away unexpectedly and went to be with the Glory of God on Easter Sunday, April 17, 2022. Wayne was raised in Woodville and attended Rickards High School, where he met and later married his high school sweetheart, Suzanne Walker. Wayne and Suzanne joyously celebrated their 42nd wedding anniversary on April 12, 2022. Wayne owned and operated Bluwater Imaging, Inc., located in Thomasville, Georgia. He was an avid salt water fisherman and he loved deep sea fishing and taking his family scalloping every season. He was a devoted family man who enjoyed spending time with his daughters and three grandchildren and often said it was especially important for him to “make memories” with them. He was a Christian, a member of Seminole Baptist Church and a true servant of God. Wayne was known for his big heart, big smile, and his non-stop hospitality to others. He made strangers feel like a friend from the moment he met them. He was known to cook boiled peanuts every summer and pass out bags to anyone passing by including leaving them in the mailbox for the mailman, someone jogging down the street, or out in their yard. He loved to take bubble gum to church and pass it out to the kids, especially when their parents weren’t looking. Having a family cookout or attending one at a friend’s house, he was the one you would find cooking behind the grill. He was the last one to sit down to eat at a meal and was always the one getting up to refill the sweet tea glasses or offering to refill your plate. Wayne would give you the shirt off his back and then offer his pants just to be sure you didn’t need them. He was loud, loved to tease and could often be heard dispensing advice by saying, “What doesn’t come out in the wash will come out in the rinse”! He was preceded in death by his father, J.R. Keele, and brother, Stuart Keele. He is survived by his wife Suzanne Keele, mother Ann Butler (Charles), daughters Melissa Keele, and April Warner (Garrett), grandchildren Brett, Anna and Jacob Warner, mother-in-law- Libby Morelock, brothers Richard and Milton Keele, step-sister Linda McCall, step-brother Warren Butler, and a host of aunts, uncles, nieces, nephews, and cousins. The memorial service will be held at 2:00 PM on Saturday, April 23, 2022, at Seminole Baptist Church, 3330 North Mission Road, Tallahassee, Florida with visitation following the service. Flowers may be sent to Abbey Funeral Home, or in lieu of flowers, a donation may be made in honor of Wayne to Seminole Baptist Church.

Leonard &#8220;Wayne&#8221; Keele, 62, passed away unexpectedly and went to be with the Glory of God on Easter Sunday, April 17, 2022. Wayne was raised in Woodville and attended Rickards High School, where he met and later married his high school... View Obituary & Service Information

The family of Leonard "Wayne" Keele created this Life Tributes page to make it easy to share your memories.

Send flowers to the Keele family.