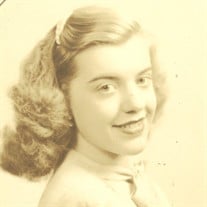 Nancy King Carpenter Yauger set sail on her last adventure with God on Monday, September 23, 2019. Born in Longmeadow, Massachusetts, on January 6, 1930, she was the daughter of the late Faye L. and Margaret M. Batchellor Carpenter. She attended elementary school in Longmeadow, graduated in 1947 from Classical High School in Springfield, Massachusetts, then attended Ohio Wesleyan University for two years, studying drama and psychology. While at Ohio Wesleyan, she was a member of the Chi Omega Sorority. Later, she studied social welfare at Ohio Northern University. After moving to Florida, she attended both Pensacola Junior College and University of West Florida. She had a lifelong love and gift for serving others. During her extraordinary career, she served as Executive Secretary for the Hardin County (Ohio) Red Cross, Director of the first Head Start Programs in both Hardin County (Ohio) and Escambia County (Florida). She continued her work in the war on poverty with the Community Action Commission, then worked in the service industry for a time. She served on numerous boards of directors, including the Cancer Society, Beta Rho Civic Sorority, Omega Child Conservation League, the Polio Foundation, as well as on numerous other advisory committees in Ohio and Florida. From the age of 62 until 82, she served as a Stephen Minister with the Gulf Breeze United Methodist Church and worked as a caregiver to many people in Gulf Breeze. She was greatly loved and will be missed by her children, Robert A. “Skip” and Paige Smith Yauger, John E. Yauger, Catherine A. Clay-Antoine, Ralph L. Yauger and Joanna L. and Jonathan Demarest; grandchildren, Rebecca A. Demarest Panzer, Alexander G. Demarest, Rose M. Yauger Rodas and Madison S. Yauger; and nieces, Margaret Tibaldi, Elizabeth Whitten and Deborah Pitts. Preceding her in death was a son, Bruce E. Yauger; and siblings, Lynn G Carpenter, Alice G. Caprera and Bruce F. Carpenter. Nancy will be laid to rest in Pensacola at a later date. In lieu of flowers, please consider doing a good deed for someone in need or making a donation to the American Red Cross in her memory. Online condolences may be expressed to the family at www.abbeyfh.com.

Nancy King Carpenter Yauger set sail on her last adventure with God on Monday, September 23, 2019. Born in Longmeadow, Massachusetts, on January 6, 1930, she was the daughter of the late Faye L. and Margaret M. Batchellor Carpenter. She... View Obituary & Service Information

The family of Ms. Nancy Carpenter Yauger created this Life Tributes page to make it easy to share your memories.

Send flowers to the Yauger family.