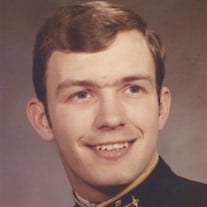 Roderick McLemore McQueen, LCDR, USN, Ret., 67, of Tallahassee, passed away suddenly of a presumed heart attack on Friday, December 7, 2018. A son of the late James Daniel McQueen and Margaret Awyn Varney McQueen, he was born in Williamson, West Virginia on November 22, 1951. Following his graduation from Williamson High School in 1969, he joined the United States Navy and was a 1974 graduate of the United States Naval Academy. During his 20 year career in the Navy, he received numerous citations, medals and badges including the National Defense Service Medal with 2 Bronze Stars, Gold Wreath for Recruiting Excellence, Sea Service Deployment Ribbon with 4 Bronze Stars, Meritorious Unit Commendation with 3 Bronze Stars and the Navy Commendation Medal with 3 Gold Stars. He retired in June 1993 with the rank of Lieutenant Commander. Following his military service, he went to work for the State of Florida, most recently with the Department of Health and later transferred to the Agency for State Technology, where he was a Governmental Operations Consultant II. He had many hobbies including golf, running, flying, learning to operate a drone, was an avid reader and enjoyed trivia. He also was a member of the American Legion and assisted as a volunteer with Honor Flight. He is survived by his daughters, Elizabeth McQueen and Katie McQueen Amaker (husband, Daniel); their mother, Deborah Ann Atwater McQueen; siblings, James Daniel McQueen, Jr. (wife, Amanda), Thomas Walter McQueen (wife, Joan) and Awyn Danielle McQueen-Milam (husband, Scott); as well as numerous nieces, nephews, cousins and friends. The family will receive friends from 11:00 AM until 12:00 PM, Thursday, December 13, 2018, at Abbey Funeral Home, with the funeral beginning at 12:00 PM, also at Abbey Funeral Home. Interment will full military honors will follow at 2:00 PM, at Tallahassee National Cemetery. Online condolences may be expressed at www.abbeyfh.com.

The family of LCDR Roderick McLemore McQueen created this Life Tributes page to make it easy to share your memories.

Send flowers to the McQueen family.