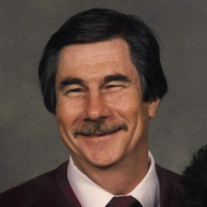 Ronald A. Plymel, 75, passed away on March 8, 2022, in Tallahassee, Florida. He was born on August 14, 1946, in Moultrie, Georgia to A. B. Plymel and Eula Mae Joiner. Mr. Plymel moved to Tallahassee in 1975, and worked as an advisor for Proctor Acura. He loved washing cars, spending time at the mall, and people-watching. Most of all, he loved his family. He was married to his beloved wife, Margaret “Vi” Plymel, for over fifty years, sharing two sons and even a grandchild. Mr. Plymel is preceded in death by his parents, A.B. Plymel and Eula Mae Joiner Plymel; and his sister, Retha Plymel Harris. He is survived by his wife, Margaret “Vi” Walker Plymel; his sons, Justin and Shane Plymel; his grandson, Shane Plymel Jr.; and his sister, Barbara Plymel Hall. A visitation will be held on March 14, 2022, at 1:00 P.M. with a service following at 2:00 P.M. at Abbey Funeral Home. Interment will follow at Tallahassee Memory Gardens. In lieu of flowers, donations may be made to the Justin Plymel Liver Transplant Fund, Ameris Bank, 150 S. Monroe Street, Tallahassee, FL 32301 or your favorite charity. Online condolences may be expressed at www.abbeyfh.com.

The family of Ronald A. Plymel created this Life Tributes page to make it easy to share your memories.

Send flowers to the Plymel family.