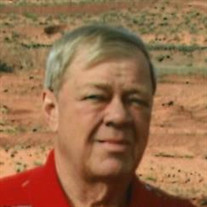 Stanley Robert Nettles, 74, of Tallahassee Florida passed away in his home on Tuesday, November 22, 2016 with family by his side. He was born in Lake City, Florida to Steve Ritch Nettles and Francis Catheryn Wheatley. After his father’s passing, he introduced his mom to her future husband and his future step-father, and the new family moved to Tallahassee, Florida Stan attended Leon High School, where he played football and graduated in 1960. He met Barbara Randall at The Sweet Shop near FSU campus and married his lifelong love in 1961. Stan served in the Army Reserves. He worked a variety of jobs in his early adulthood, finding his niche in office supplies and furniture. For over three decades he worked for General Office Equipment, Inc., becoming a partner, and then later working for Executive Office Furniture. Stanley was very proud to have been a member of the Florida Benevolent and Protective Order of Elks, Florida Elks Lodge # 937 joining the lodge in the early 1970s. He served a variety of Lodge Officer and Chair Officer positions, and became Exalted Ruler in 1980-81 and was Elk of the Year in 1982-83. Stan was elected to serve as North District Vice President for the 1985-86 term and was appointed North District Deputy Grand Exalted Ruler for 1986-87. Stan was especially proud of the Lodge’s philanthropic contributions beginning with Florida Elks Harry Anna Crippled Children’s Hospital in Umatilla, Florida, which evolved to become the Harry-Anna Trust Fund and continues the two main charity projects of Florida Elks: the Florida Elks Children's Therapy Services and the Florida Elks Youth Camp. Stan was humbled by the service of others for our country and took pride in participating in activities with his Elk brethren throughout the years honoring those who served in our Armed Services. Stanley is preceded in death by his wife Barbara Randall Nettles and survived by his daughters Marsha Studdard (Tracy Studdard) and Cassandra Nettles; granddaughters, Nicole and Heather Studdard; great-grandchildren, Sydney and Jamison Grant; his sister, Joyce Nettles Spurlock (Pete Spurlock), and many cousins, nieces, and nephews. He created a strong foundation for his daughters of caring love, hard work and empathy. He was rough and tumble, but a true gentleman. The family will have an inurnment service for Stanley and Barbara Nettles, as they wished, on 12/08/2016 at Tallahassee Memory Gardens, 4037 North Monroe Street, Tallahassee, Florida. In lieu of flowers, the family requests donations to the following: Florida Elks Children’s Therapy Services or Florida Elks Youth Camp c/o Secretary Tallahassee Elks Lodge 937 276 North Magnolia Drive Tallahassee, Florida 32301 Online condolences may be expressed at www.abbeyfh.com.

Stanley Robert Nettles, 74, of Tallahassee Florida passed away in his home on Tuesday, November 22, 2016 with family by his side. He was born in Lake City, Florida to Steve Ritch Nettles and Francis Catheryn Wheatley. After his father&#8217;s... View Obituary & Service Information

The family of Mr. Stanley R. Nettles created this Life Tributes page to make it easy to share your memories.

Send flowers to the Nettles family.