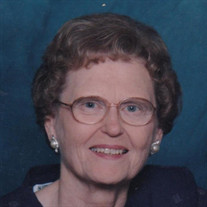 Susan Marie Andreasen Davis (you probably knew her as Sue) was a homemaker – and wow, did she ever make a home. Before she set out on her grand adventure to eternity in the wee hours of March 26, 2022, she spent her life providing this world with four children, six grandchildren, four great grandchildren, and a host of nieces and nephews – all who will carry her legacy into the future. Sue was 90 years old when she set out on her new adventure, and she spent those 90 years pouring herself into to the lives not only of her physical family, but also of her spiritual family, friends, and even strangers. She was the kind of caring, loving person that everyone longs to have in their life. Born on January 16, 1932, Sue grew up in the tiny metropolis of Greenwood, Florida at a time when there wasn’t even a single traffic light in the town. Over the years she saw it grow to have one at the intersection of the two main roads that cross in the center of town. She attended school from elementary through high school in Greenwood in the towns only school. Upon graduation, she attended Chipola Junior College in the nearby city of Marianna where she earned her AA degree. During that time she met Floyd Davis, became his “Suzie Q,” and the rest is history. They fell in love, got married, then moved to Tallahassee where they started school at FSU. Floyd got to finish and became a school principle. Sue’s school plans got upended when Freddy came along and altered the course of her life. But she didn’t see that as a negative. In fact, it was the beginning of something that became a driving force in her life – raising her family. Shortly thereafter, along came Barbara. Then several years later, Billy entered the picture. And finally, as somewhat of a pleasant surprise, Krissy came along as the baby of the family. Sue loved being a homemaker, and poured her heart and soul into making her house a home. She was especially faithful in providing a loving environment for her husband and a stable home environment for her kids. She was there to fix boo boos, make and mend clothing, provide the opportunity for her kid’s friends to come over, and was always available to help with schoolwork and school activities. All the years of raising her family, Sue made sure her kids were in church. She was very committed to her relationship with Jesus Christ, and poured her life into serving Him through the church. She also made sure her family was involved, and it was through her faithfulness that ultimately all of her children came to know the Lord. In her service in the church, she taught Bible study classes for children, led children’s choirs, served as a chaperon for youth activities, prepared meals for the church family, and so much more. In another part of her life, if she was good at anything, it was hospitality. She was all the time entertaining guests, helping people by providing food and other needs, and went out of her way to make tons of special treats for holiday gatherings – graham cracker rolls, candied pecans and peanuts, blueberry and chocolate delight – and she also made sure that lots of people came over to enjoy them. And even beyond simple entertainment, it was not unusual at all that she and Floyd allowed family and friends to live with them during times of transition. Sue was preceded in death by her parents, Guy Chess and Willie Hazel (Applewhite) Andreasen, her husband F. Floyd Davis, brother Tommy Andreasen and son-in-law Larry Cranor. She is survived by her four children, Freddy Davis and wife, Deborah, Barbara Cranor Williams, and husband Stewart, Billy Davis, and Krissy Smith, and husband Mark, six grandchildren, Ken Davis, Stacey Yates, Lawren Hadden, Mac Smith, Britney Smith, and Chess Smith, four great grandchildren, and numerous nieces and nephews. A viewing will be held on Saturday, April 2, 2022, from 6:00 to 7:30 p.m. at Abbey Funeral Home in Tallahassee. The funeral service will be held on Sunday, April 3, 2022, at Tallahassee’s Immanuel Baptist Church at 2:00 p.m. A graveside service will follow at Tallahassee Memory Gardens. Online condolences may be expressed at www.abbeyfh.com.

Susan Marie Andreasen Davis (you probably knew her as Sue) was a homemaker &#8211; and wow, did she ever make a home. Before she set out on her grand adventure to eternity in the wee hours of March 26, 2022, she spent her life providing this... View Obituary & Service Information

The family of Mrs. Susan Marie Davis created this Life Tributes page to make it easy to share your memories.

Susan Marie Andreasen Davis (you probably knew her as Sue) was...

Send flowers to the Davis family.