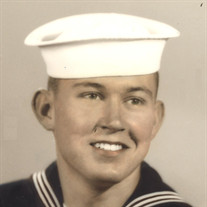 Thomas Leroy Collins, Sr. (Tommy), 79, of Tallahassee, Florida, passed away on September 10, 2017, following a short illness. He was preceded in death by his father, LeRoy Collins and his mother Blanche Strickland Collins Halley. He was born July 22, 1938, in Cairo Georgia. Tommy was a lifelong resident of Leon County and grew up on the Tall Timbers Plantation. He was one of the last students to attend the one-room Strickland Schoolhouse on County Road 12 before attending and graduating from Leon High School in 1956. He served his country faithfully in the U.S. Navy. Following an honorable discharge, he began his career as a Fireman with the Tallahassee Fire Department. During his 25 years of service there, he rose to the rank of Lieutenant. He also owned and operated a successful concrete construction business. Tommy was an active member of Beth Page United Methodist Church in Grady County, Georgia, and enjoyed giving of his time and energy to the upkeep and maintenance of this historic church. Spending time with his family and friends brought him the greatest joy. He also enjoyed hunting and was an avid net fisherman. He is survived by his three children and spouses, Kathy Muehlemann (Chris), Thomas Collins, Jr. (Brenda), and Eddie Collins and their mother Arlie Council Holley; two sisters Mary Alice Collins Bolton (of Atlanta, Georgia) and Rebecca Collins Bishop (Al); seven grandchildren, Brian Williams, Kristin Williams, Sean Muehlemann, Logan Collins, Lauren Collins, Jason Gable and Summer Rockwell; five nieces and nephews, Lisa Bolton, Richey Bolton and Shanna Bolton (all of Atlanta, Georgia), Kenneth Knowles (Tara, of Douglas, Georgia) and Kristina Knowles Larson (Paul Morgan). A Celebration of his life is planned for Saturday, September 23, 2017, at Abbey Funeral Home. The visitation will be at 1:00 p.m. followed by a brief memorial service at 2:00 p.m. In lieu of flowers, donations can be made to Beth Page United Methodist Church. On-line condolences may be expressed at www.abbeyfh.com.

Thomas Leroy Collins, Sr. (Tommy), 79, of Tallahassee, Florida, passed away on September 10, 2017, following a short illness. He was preceded in death by his father, LeRoy Collins and his mother Blanche Strickland Collins Halley. He was born... View Obituary & Service Information

The family of Mr. Thomas Leroy Collins Sr. created this Life Tributes page to make it easy to share your memories.

Send flowers to the Collins family.