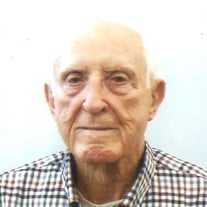 Wayne Keeney Howell (1925 – 2020) died May 14 in Tallahassee, FL. He is a native Floridian, born in Melbourne and raised in Ft. Lauderdale when it was a small town. After graduating high school in 1943, he joined the Navy and served the remainder of WWII as an aviation mechanic. After the war, Wayne enrolled in Florida State University and pitched for the first FSU baseball team in 1948. Upon receiving his degree at Creighton University he went to Auburn for a Master’s in Library Science. A job offer from Western Illinois University took the family to Macomb Illinois as a research librarian when educational films were in their infancy. Wayne did some of the earliest work in this niche of education when he filmed the educational processes in some of the last one-room schools in Illinois. At Western he also filmed collegiate football games for Lou Sabin, then the head coach at Western. He went on to receive a Doctor of Education degree. His film work was noticed by Encyclopedia Britannica and he became the vice president of educational film. Educational film was slowly replaced by other media and Wayne moved on to become grants manager for the Kettering Foundation in Dayton, Ohio. When he retired from Kettering he moved back to Florida, living in Tampa. He moved to Tallahassee in 2006 to be with his children after his wife died. Wayne had been intrigued by the learning process. He asked many educators the question - “How does a person learn?” Wayne remembered that the answer usually was that everyone learns differently. Not accepting that as definitive, upon his retirement he spent many years following the lead Mortimer Adler had given him: to discover how one learns, an investigator would need to go through every academic discipline to decipher its particular process (if any), and then find what was common to all. Wayne did just that. The end product was a methodology that decoded the data of each discipline in the same manner, producing faster learning and better retention rates. He tested his method in Head Start programs and primary schools in the Tampa area, and produced some remarkably eye-opening results. He trained some teachers who favored his method and used it in their class rooms, but it was too different from traditional educational methods to find its way into school systems. However, he had answered his question: all subjects can be learned the same way, using one method. Wayne was preceded in death by his parents and siblings, and by his wives, Avanelle McNair Howell and Linda Haskell Howell, and by his son Danny Howell. He is survived by his daughter Bernadine Howell, a son David Howell and a large extended family. A memorial service will be held in Anthony, Florida, at the family cemetery. Online condolences may be expressed at www.abbeyfh.com.

Wayne Keeney Howell (1925 &#8211; 2020) died May 14 in Tallahassee, FL. He is a native Floridian, born in Melbourne and raised in Ft. Lauderdale when it was a small town. After graduating high school in 1943, he joined the Navy and served... View Obituary & Service Information

The family of Mr. Wayne Keeney Howell created this Life Tributes page to make it easy to share your memories.

Send flowers to the Howell family.